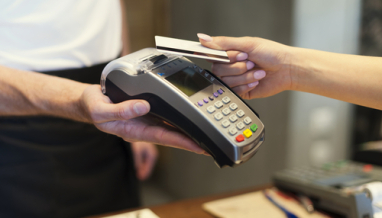 On its Administrative Determination No. 19-07, the Treasury Department (TD) informs on penalties to be imposed to merchants for not complying with the requisite of installing, use and handling of the fiscal terminals required by law.  It also establishes the criteria to be used for determining the noncompliance and setting the penalty.

The Supervision and Overseeing Plan of the Sales and use Tax (SUT) included on the code establishes the requisites and conditions this plan must follow.  Among others, it may extend the number of business locations to which the installation, handling and use of fiscal terminals will be required. It also establishes the mechanisms through which merchants may be able to register all transactions made at the point of sale through the fiscal terminal.

In addition, the Code also establishes that all merchants whose total sales volume exceeds $125,000 will be obliged to install, own and manage a fiscal terminal that meets the criteria established by the TD.  These must be installed at all the points of sale the merchant owns.

According to DA 19-07, the TD states that a penalty may be imposed either electronically through SURI or in-person, on-site, by an Internal Revenue agent when the following infractions are detected:

When the TD determines that the merchant is not complying with the requisites of installing, use and handling of the fiscal terminal, a penalty may be imposed.  The amount will be determined according to the number of infractions:

The amount of the infraction to be imposed will be determined by the TD according to the information available on its information systems.

How did we do

We care about you

Please provide us with your information to keep you updated on the latest news about Torres CPA Group.

Our team is ready to provide more information and answer all your questions every step of the way.

You are important to us, we want to keep Growing Together. How can we provide a better service?